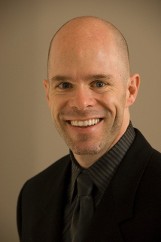 .    Author of Success for Adolescent Singers ~ Unlocking the Potential in Middle School Choirs
Patrick Freer is Professor of choral music education at Georgia State University in Atlanta. He holds degrees from Westminster Choir College and Teachers College, Columbia University. Freer is a frequent guest conductor for all-state choruses and has made over 100 presentations at regional, national and international conferences. He has guest conducted or presented in 36 states, Australia, Belgium, Brazil, Canada, England, Finland, Germany, Greece, Ireland, Japan, Mexico, The Netherlands, and Spain.
Freer has conducted several concerts in Carnegie Hall and made his Lincoln Center debut in June, 2012 with a concert in Avery Fisher Hall. He currently conducts the Georgia State University Men’s Chorus and Choral Union.
Freer is Academic Editor and Chair of the Editorial Board for Music Educators Journal. He has published several books and nearly 100 articles, with his most recent contributions appearing in the Bulletin of the Council for Research in Music Education, Choral Journal, Arts Education Policy Review, Music Education Research, Revista Internacional de Educación Musical, and Visions of Research in Music Education.

Author of   Artistic Musical Conducting, Choral Techniques and Methods, and Empower the Choir!
After twelve years on the faculty of the prestigious Eastman School of Music, Rochester New York, Donald Neuen accepted the position of Professor of Music/Conducting and Director of Choral Activities for UCLA in 1993. He immediately developed the highly acclaimed UCLA Chorale and an outstanding graduate program in choral conducting with both the Master of Music (MM) and the Doctor of Musical Arts (DMA). Neuen was also for ten years the resident guest conductor of the 130-voice, highly select Los Angeles based Angeles Chorale, an ensemble whose repertoire emphasizes major works for chorus and orchestra. He retired from UCLA amid great fanfare in June 2014.

In 1999, Neuen accepted the additional position of Choral Conductor and Minister of Music for the internationally televised Crystal Cathedral Choir with Robert Schuller’s “Hour of Power,” now known as the Shepherd’s Grove Choir and still seen weekly in over 100 countries totaling 20 million viewers. Jan von den Bosch, one of Europe’s leading entrepreneurs, hailed the Choir (on its European tour) as “The greatest choir in the world.”

Prior to his work at Eastman, Neuen served on the faculties of the Universities of Wisconsin, Tennessee, and Ball State, and as Director of both Choral and Orchestral Activities for Georgia State University in Atlanta.
Neuen was a member of the world famous Robert Shaw Chorale. The collaboration of Neuen and Shaw in the performance of major works for chorus and orchestra began in 1959. Mr. Shaw brought Neuen to Atlanta in 1970 as his Assistant Conductor to create the Atlanta Symphony Orchestra Chorus. Shaw, a major force in Neuen’s development as a choral conductor, was his teacher, musical advisor, and mentor.

In addition to choral conducting, Neuen’s unique orchestral experience includes the position of Conductor and Musical Director of the Oak Ridge (Tennessee) Symphony Orchestra and Assistant Conductor of the Knoxville Symphony Orchestra. He has conducted professional orchestras in the United States, Canada, Spain, Mexico, and the Russian Chamber Orchestra Kremlin during their tour in the U.S., and was Director of Choral and Orchestral Activities for Georgia State University, Atlanta, Georgia.

His wide range of choral experience includes teaching all levels of public school music and conducting church, community, symphony and collegiate choruses, chamber music, and opera. He has also been innovative in the areas of Jazz and Show Choirs. He is internationally recognized for the presentation of major extended works for chorus, soloists and orchestra.

His widely used college textbook on choral techniques, methods and conducting, Choral Concepts, is published by Wadsworth Publishing Co/Thompson Learning/Schirmer. The Choral Excellence Series publishes the recently revised seven-set videos and DVDs of Neuen’s conducting, choral techniques and teaching methods. They also publish his recently revised booklet for singers: Empower the Choir! – Concepts for Singers.
The textbook, DVD’s, and booklet were all translated into Korean, for South Korean choral conductors, in 2007. (With sixteen 40-voice full-time professional choruses, South Korea has now established the finest nationwide choral music program in the world.) Neuen has served the Korean conductors often as guest conductor, lecturer, and now with his choral teaching publications. 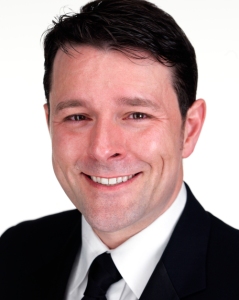 Artistic Director and Editor of Choral Excellence Press
.   After studying with Donald Neuen, among others, at the Eastman School of Music, Piero Bonamico returned home to Vermont after graduation in 1995 to begin a varied career in vocal coaching, conducting, performance and, by chance, video production and graphic design. When not busy with teaching, conducting community choirs, performing solo or as a founding member of Robert De Cormier’s professional mostly-a cappella ensemble Counterpoint, Bonamico created the Choral Excellence Series. Each project has been a combination of his and our artists’ imagination and talents, and much of the filming, production and direction, all video editing as well as all packaging design was done by him. Presently, Bonamico is heavily involved with young people’s musical theater both in high school and extra-curricular programs. In the last eighteen years he has been musical director and vocal coach for over thirty productions.  He is currently pursuing a doctorate in Voice Pedagogy at Shenandoah Conservatory.